Graham Jones from Bolton, a member of Bikemarshals, came across an incident whilst working on the Manchester to Blackpool Cycle Ride.  A female rider was unconscious on the ground with several people standing round her.   They had requested an ambulance and had told the call taker that the patient was breathing….that of course lowered the urgency status of the call.
Graham recognised that she was in fact agonal breathing (about one breath every 30 to 40 seconds) and was in cardiac arrest.    Much to the surprise of the on lookers Graham commenced CPR and asked someone to fetch his AED from the pannier of his bike.  He then shocked the lady three times.    After some time (and it was a really hot day) a fire appliance en route to the ongoing fire on Winter Hill, stopped and the crew came to Grahams assistance.   The lady, 56 year old Elaine Spector from Lytham St Annes was taken by ambulance to The Royal Bolton Hospital ICU.

Graham has been to see her in hospital and to say it was an emotional reunion is somewhat of an understatement.

Elaine is doing well and there does not seem to be any damage to her heart and brain.

Graham (who was on the first Heartstart Training Course that the Bikemarshals attended) said “De-fibs do work and people should be aware of the signs and symptoms of a cardiac arrest. Get stuck in and do something, don’t just stand around doing nothing. Whatever you do is not going to worsen the situation but maybe you may be able to save a life”. Barrie Green, Bikemarshals Co-Ordinator said “We do of course recognise the importance of early intervention, effective CPR and defibrillation and we have invested heavily on AEDs….we now have five AEDs and try to have at least one on every event we attend…Its no use having them without being competent in using them and we are extremely grateful  to our great friends at Knutsford Community First Responder Trust for facilitating Heartstart training……..everyone should attend a course…..Like Graham you might even be in the position to give someone the greatest gift ever….life.   I know that Elaine would agree.”
The Knutsford first Responders are delighted to have enabled Graham to save Elaine’s life – what better gift could there be?
Sign up for a HeartStart course here.
Learn more about Bikemarshals here: bikemarshals.co.uk
Previous Post 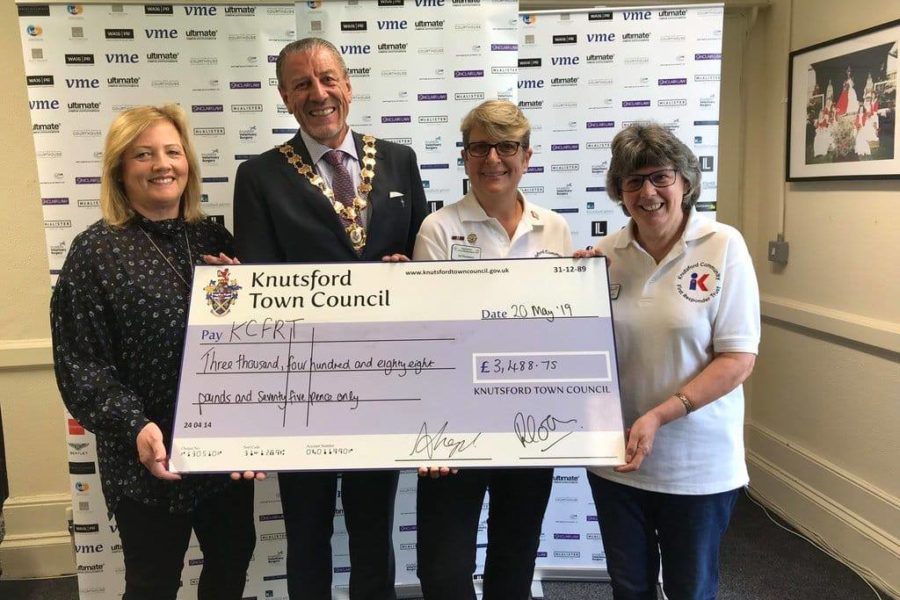